Last post everyone! Here is my final project. I chose to continue with the Vector Imaging lesson and flush out an entire set of images that could be used (theoretically) by a client. My friend is starting a flyfishing guiding company and has wanted me to play around with something for years, so in actuality, this is a rough draft for things to come.

I tried to continue with the “Vintage Travel Poster” theme, but used a new Bigfoot silhouette and THEN, made my own Bigfoot silhouette– just tracing with the pen tool on top of my Bigfoot space mask. I think creating a cohesive Bigfoot with the fishing rod and salmon would be key for working with this said “client,” save the image away with all of its parts and then be able to insert it into whatever design.

I did three designs: 1. A sticker decal (Logo); 2. A silkscreen t-shirt design; and 3. An update of my poster/magazine cover from Lesson 11 that was more cohesive with my other two logos.

First is the sticker/decal logo. I hand drew the trees and salmon with the freeform pen and curve pen tool. I created circular paths for the text to lay on. To learn some of these steps, I watched a video on youtube (several times… slowly) and have attached it at the bottom of my post. The tutorial video helped with the cut out circles and gradient tool. 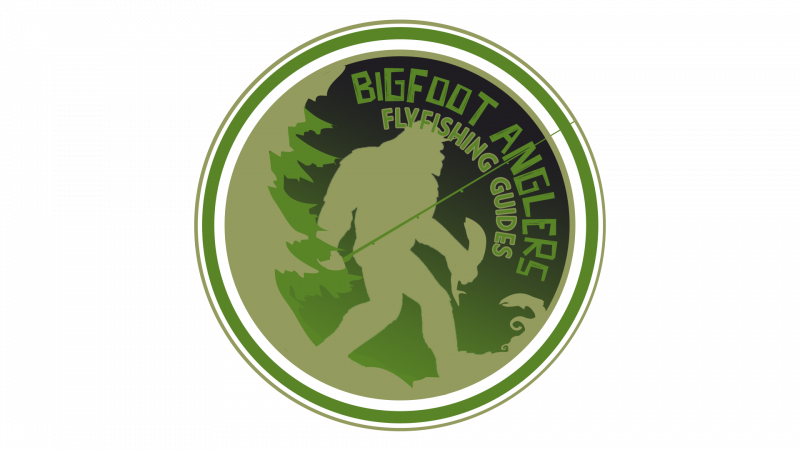 Second, here is the t-shirt design! This is my favorite. I was looking at a vintage Alaska travel poster when I was creating the mountain-scape! I originally designed it with a dark forest green background, to mimic a shirt, but also could be on grey or white. The Bigfoot in the t-shirt image was the vector shape I created overtop the other silhouette– so it’s my own now. Could clump it was the hat, rod and salmon to created one logo vector image. 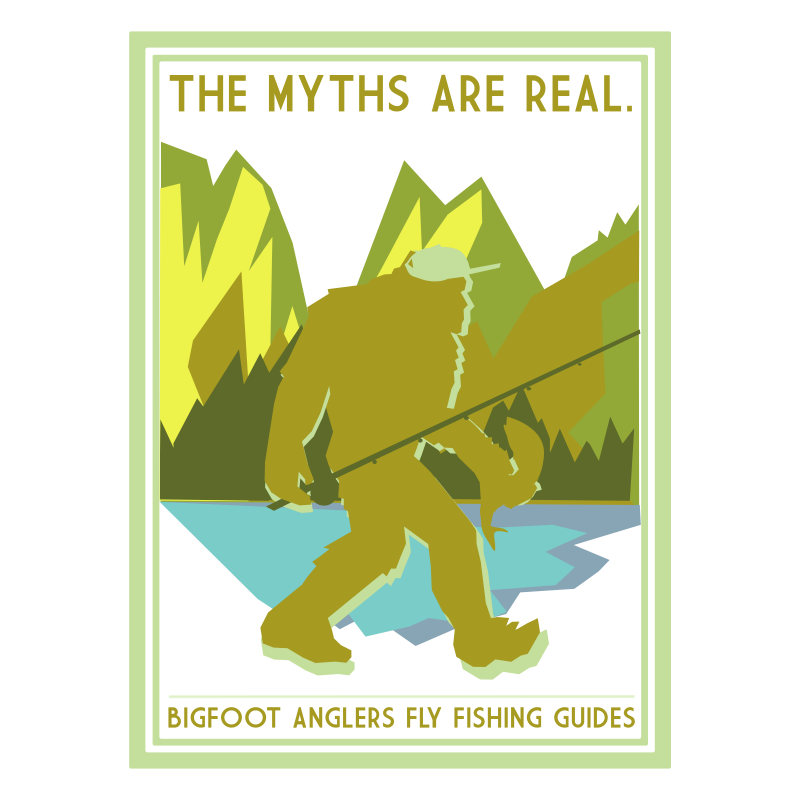 And lastly, I took both of those photoshop documents back into photoshop and used bits and pieces to create a new poster– an update from my last one to match the other two pieces. I re-did the mountains and water, different from the t-shirt design… but I think the t-shirt design is much nicer– definitely more striking and simple. 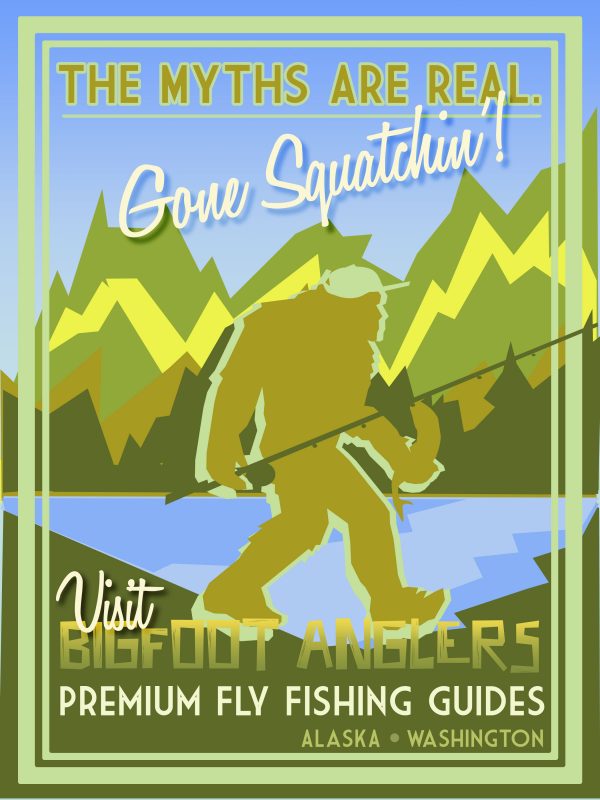 Attached below are some of the tutorial videos I used as reference— you can figure out how to do so many things just with youtube– it’s impressive the wealth of information on photoshop fun! Take a peak….  Also a small image of one of my inspiration travel posters.