For my final project, I decided to replicate a movie poster in a stylized and fun way. I’ve had a hand drawn sharpie sign hanging in the entry way of my house indicating that we have indoor cats for ages, so it was time for something a little tidier! I based the piece on 2001: A Space Odyssey, but I call it MewThousand + 1: A Space Clawdyssey.

Here’s the initial sketch and base pallet for cats in space suits! 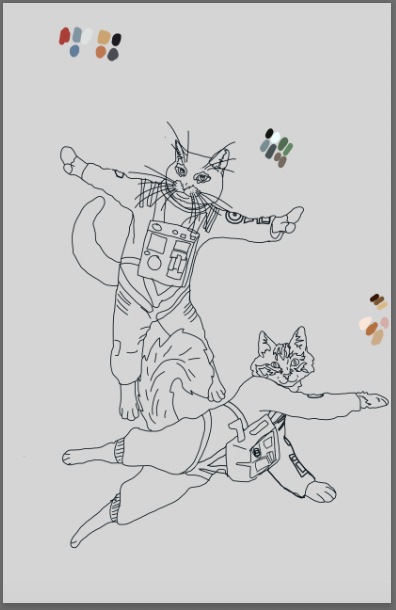 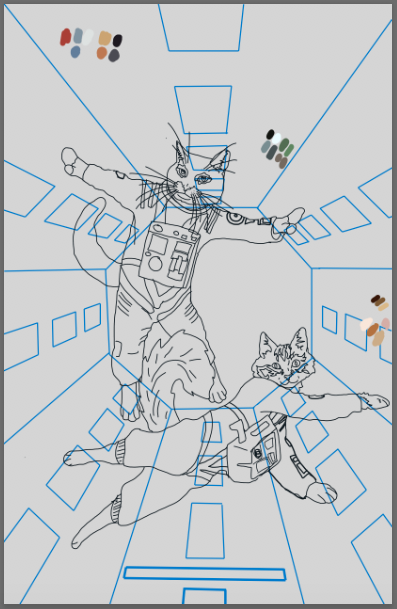 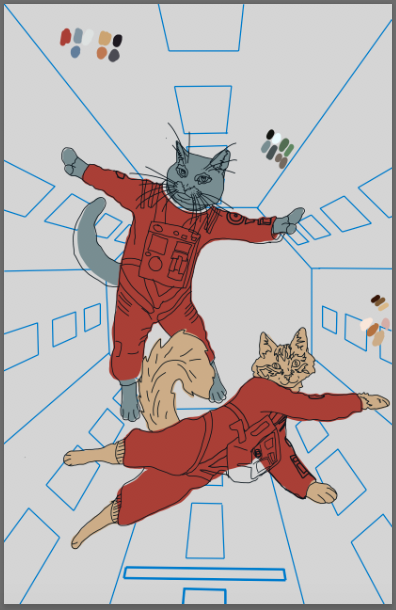 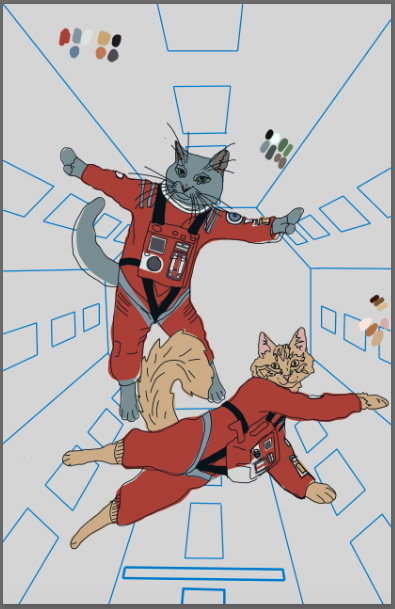 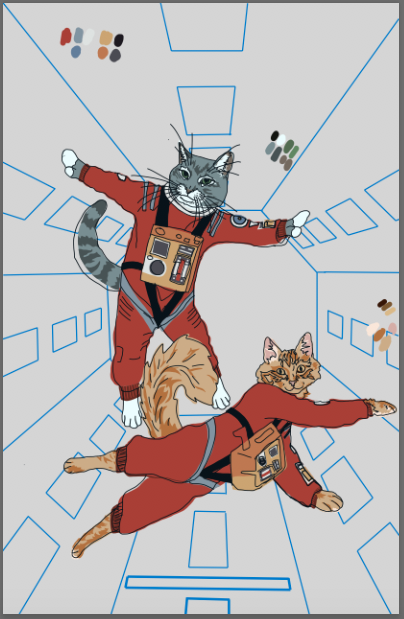 Initially, I’d planned to do the airlock panels in black, but I found that it was a little too strong and made the text hard to read. 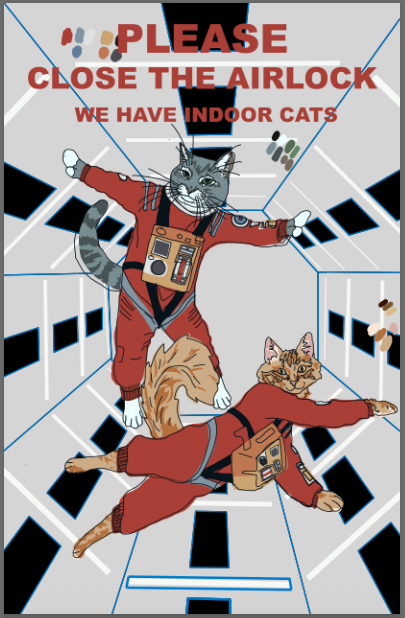 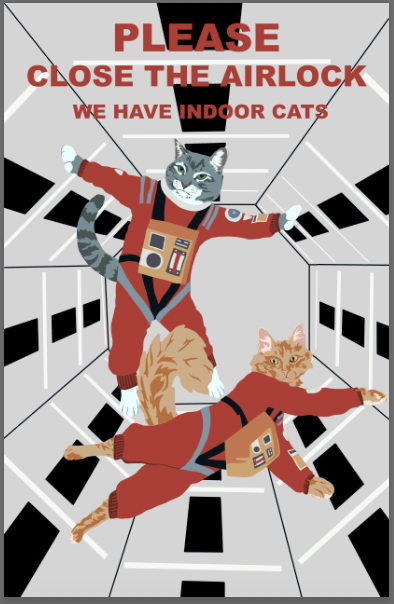 So I switched it up to some lighter tones and liked it MUCH better: 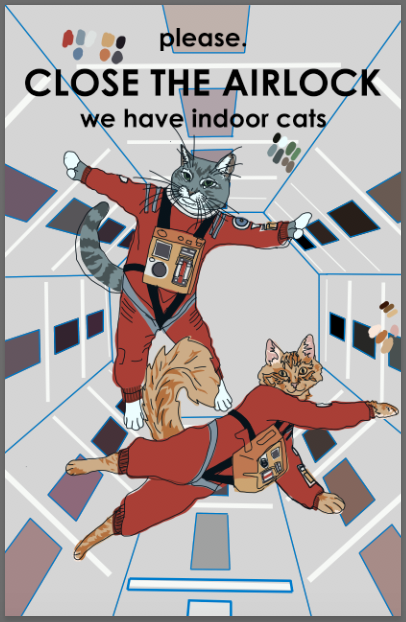 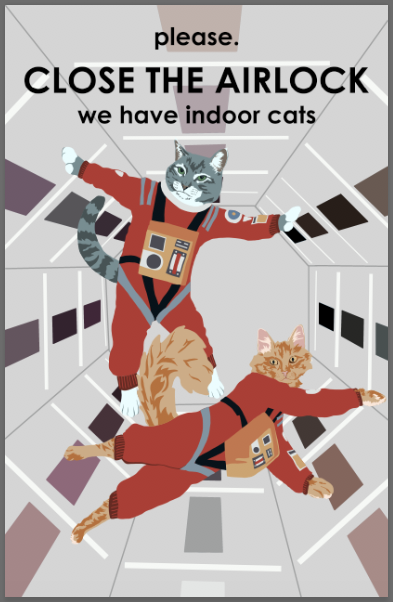 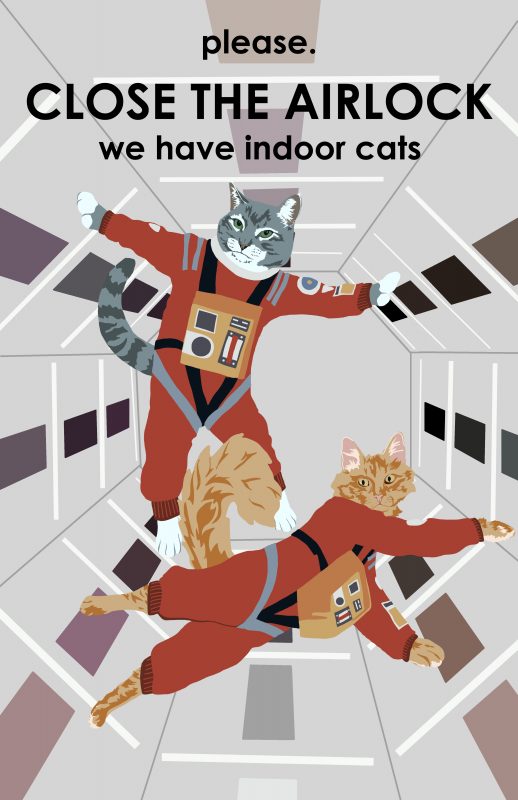 I’d been toying with a couple of different ideas for propaganda posters for my final. Initially, I’d considered doing a piece inspired by current events, but this felt like more fun and more immediately useful, so I decided to lean into it. I’ve really been enjoying developing this posterized style throughout the semester, so I seemed like a good opportunity to develop it further. There were a couple times during the process where I needed to pull myself back and use a more editorial eye (when I was at risk of getting too detailed in some areas) and I’m delighted with how it turned out.

I really like how their faces came out and I’m really pleased with how they look like they’re really floating!

I’ve been thinking about some other applications for this image, so I’d like to work on making the edges fade out nicely so that the base image (without the text) could be used differently. I think that this works nicely for a frame, but if I wanted to use the images in other applications (and if I removed the background grey color) then it would be beneficial for the airlock panels to dissolve in opacity. That’s something I’ll have to keep working on!