Final report for the class.   It’s been pretty amazing seeing all the incredible work everyone has done.   I was constantly impressed at how skilled so many of you are.   It’s been a great summer watching all the amazing work you have all produced.

I chose to create a propaganda poster for my final project.   I’ve always liked the aesthetics of those posters.   I found it interesting that regardless of country or culture they all seem to focus on warm colors and similar iconography.    I wasn’t quite sure what type of poster to create at first but after some thought, I felt the newly announced “space force” would a group in need of recruitment so I went to work to create a poster that conveyed “American” space.   I went to work trying to make a rough example of how I wanted it to look as seen below: 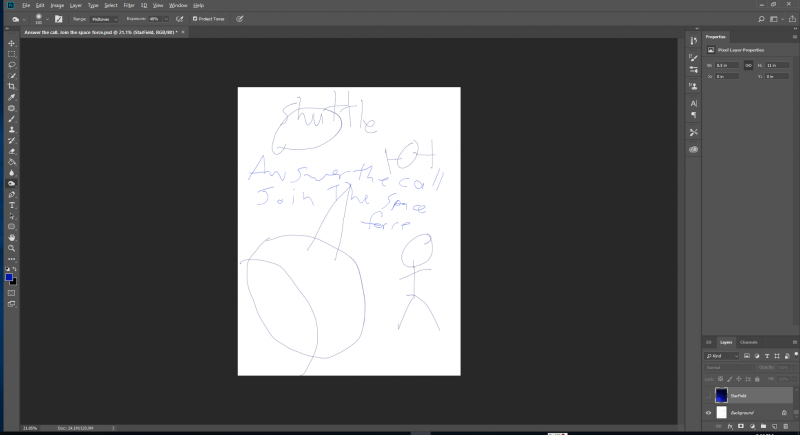 Once I got the rough layout defined I went to work trying to create a background that was representative of space but not too realistic.   I had determined to have the earth in the bottom left corner of the poster and applied a gradient from bottom left to top right to simulate the transition deeper into space.    I found a few good examples of artistic representations of stars which I arranged into a decent pattern and used the patch tool we learned about in our first lesson to replicate the texture across the backdrop.   Applying those textures to the gradient did a pretty reasonable job of keeping the increasing depth of space as we transition to the upper right.   After I felt the texture looked even and natural enough I used the burn tool we learned about to create a more interesting visual of darkness and depth to the outer parts of the backdrop. 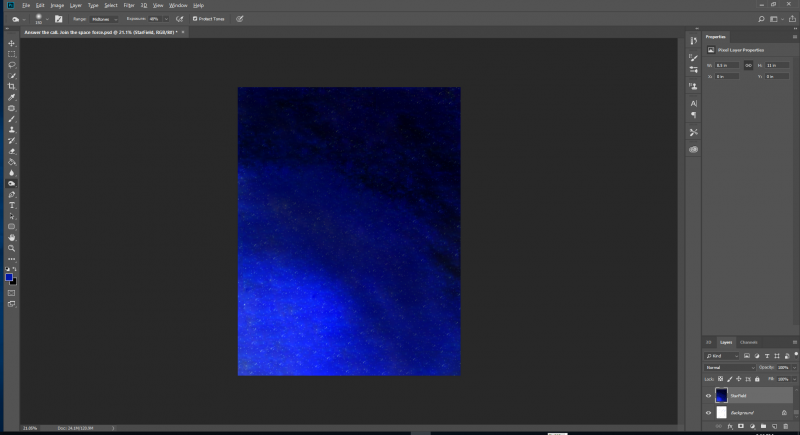 I then added a simple sphere to simulate the earth and grabbed the North American continents and used the quick selection tool to superimposed the American flag over the contiguous US so there wouldn’t be any confusion which country this was about. I kept the backdrop lighter closer to the earth to simulate the amount of light that generally is reflected off the planet.   Like with everything else I took steps to keep everything as an artistic representation rather than trending towards realism. 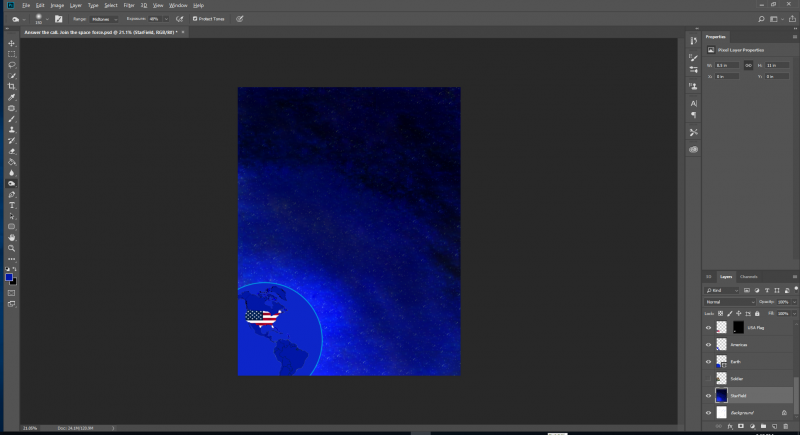 When determining what type of assets to bring into the poster to represent the American space program I changed what type of art to integrate.   I determined that most propaganda posters do not rely on photo-realistic imagery.   I did a lot more digging around to find “artistic” representations of what I wanted to utilize in my project. I imported several assets that represent the American space program along with an American soldier.   I also used the burn tool on many of these “assets” to ensure their colors were a little more muted to match the overall aesthetic that I had created at this point.   I also created some textboxes to help the text I would eventually put in stand out against the dark backdrop. 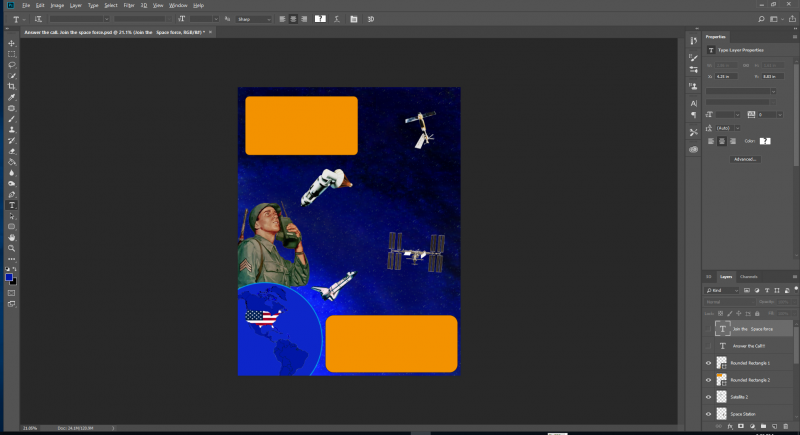 Finally the finished product.   I hunted down some fonts that were representative of the mid-century and then “spiced” up the “Space Force” logo a bit.   I really enjoyed creating the backdrop starfield.   I felt it came out looking really good and I enjoyed being able to utilize a lot the tools I learned in this class.   If I continued to work on this project I would like to maybe add some additional elements that you may normally see in more vintage propaganda posters. 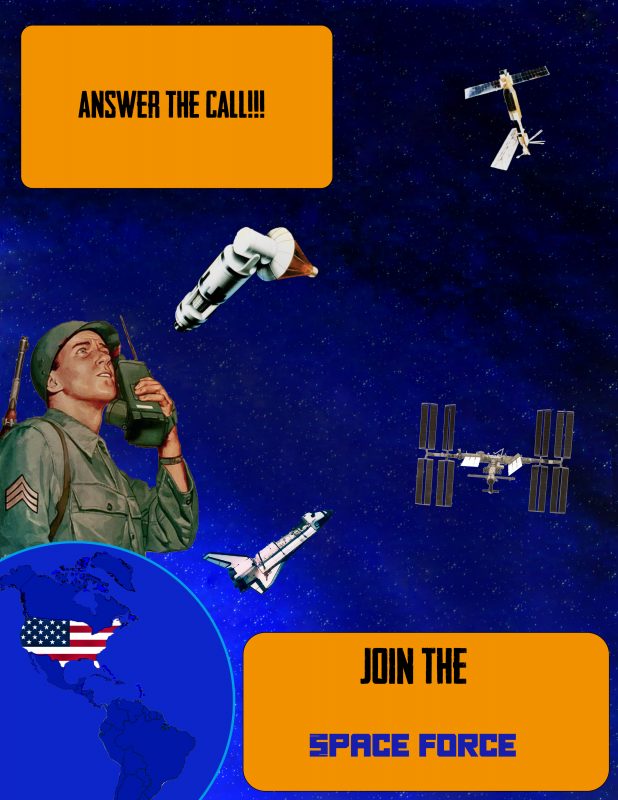