So originally I was going to do a digital painting but for many reasons I decided to change what I was doing.  So the reason I chose to do a collage is that I wanted to engage more with photo editing and creating an original composition.  So after deciding that, I came up with this: 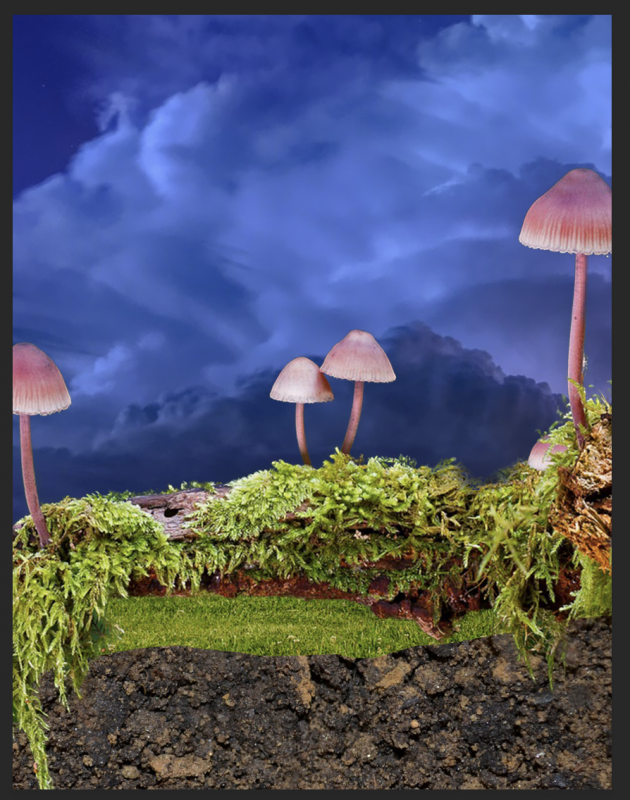 So my first instinct was to do a figure like Johanna Goodman does and I made this to be the background for a figure.  Then I was concerned that if I kept working with that mindset that I might end up with a piece that was derivative.  That’s when I decided that this was going to be a landscape. 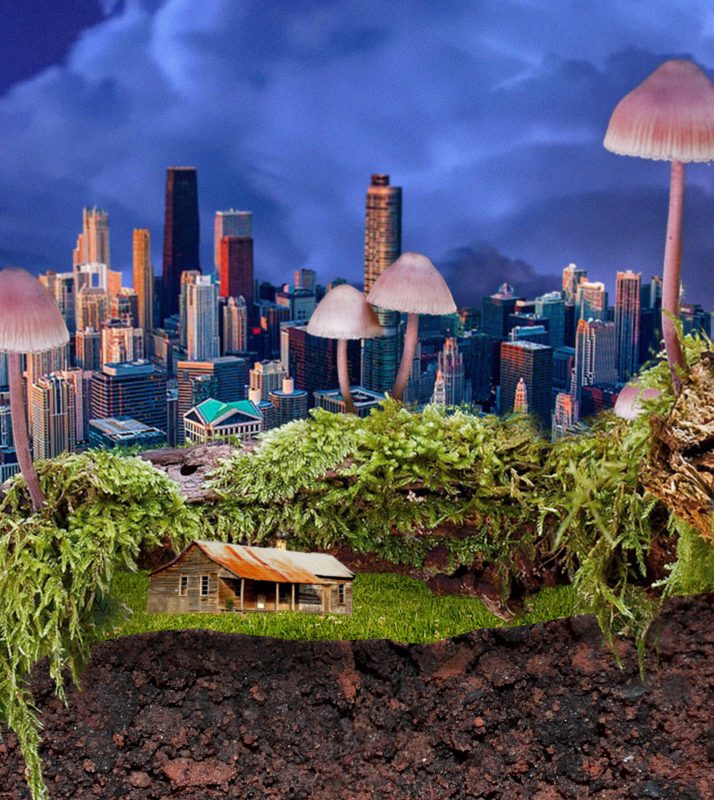 I thought this would be my final piece but then I decided I liked the image before I cropped out the top part.  Also, the above piece I used a depth map on which I don’t really think added anything.  Below is what I finally decided was the finished piece 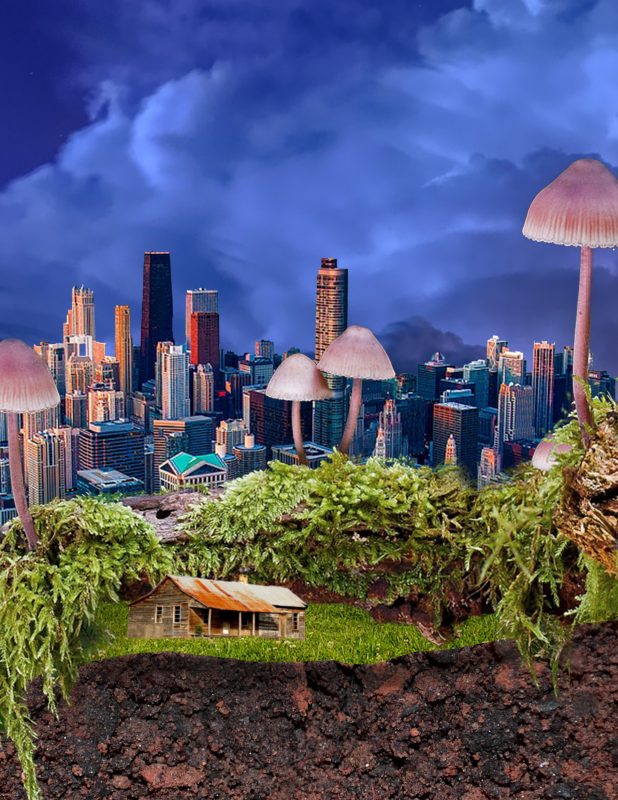 I enjoyed making this piece.  My favorite part is where I added a darker value at the top of the soil area to kind of make it look like the grassy area is a cliff and then the plants are dangling off of it.  I like how much depth was created with such little mark making.  I think my biggest weakness and struggle with this piece was the fact that I didn’t have a clear idea of its purpose beyond showcasing the skills I learned in this course.  It was hard to decide when I was done or what I could improve on because I wasn’t making this with a specific goal in mind.