This week was a real throwback to the old days when Gif’s were the hot new thing on this newfangled internet thing.   I spent a lot of time creating exceptionally simple animated pixel art before they started making useful tools that made it easier to build and animate small pixel-based animations.   Most of the use cases were for making animated cursors for early versions of windows.   These tools are significantly more complex.   When creating this gif I wanted to show some semblance of motion as the figured moved back and forth.   The number of frames to ensure this all appeared smooth spiraled out of control quickly.   I resolved this by making one set of frames for one direction and duplicating those frames.   After which I took the new series of frames and reversed their order and looped the whole sequence running at .1 speed so it didn’t seem abnormally fast.

The amount of smoke in the air when I took this picture made me want to try and go with some loch ness monster for the second part of this weeks project.   After experimenting a bit I didn’t like how simplistic the final product came out.   I retooled the project around the same photo but thought the notion of a cruise ship making a wrong turn and wandering upriver instead of out to sea a little more entertaining. After getting the ship and the scale figured out I discovered that the ship did not fit as it wasn’t covered in a haze of smoke.   I applied a “smoke” layer to the project to blend the ship more convincingly.    The story here would be about Joseph Hazelwood taking a modestly unsuccessful stab at a new career and ending up the Tanana.   Spooking the Binkley’s who would be concerned about the increased competition to interior waterway tourism. 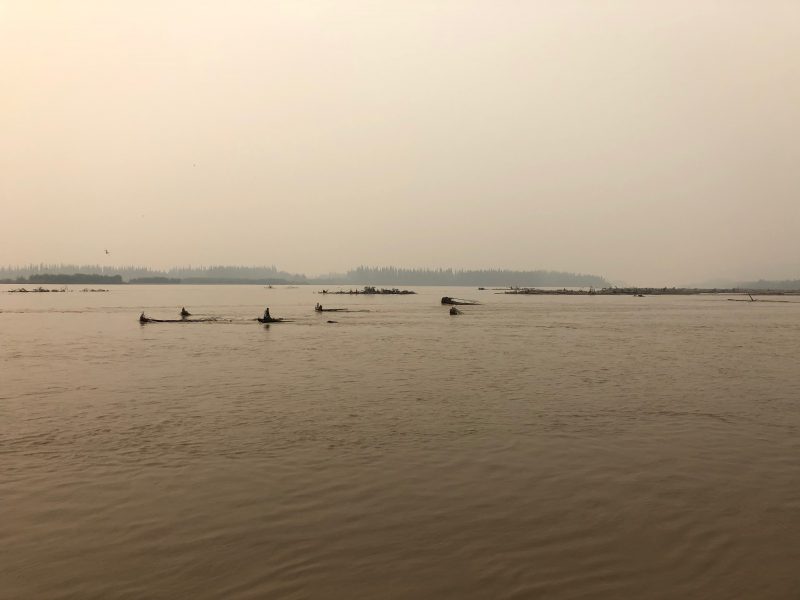 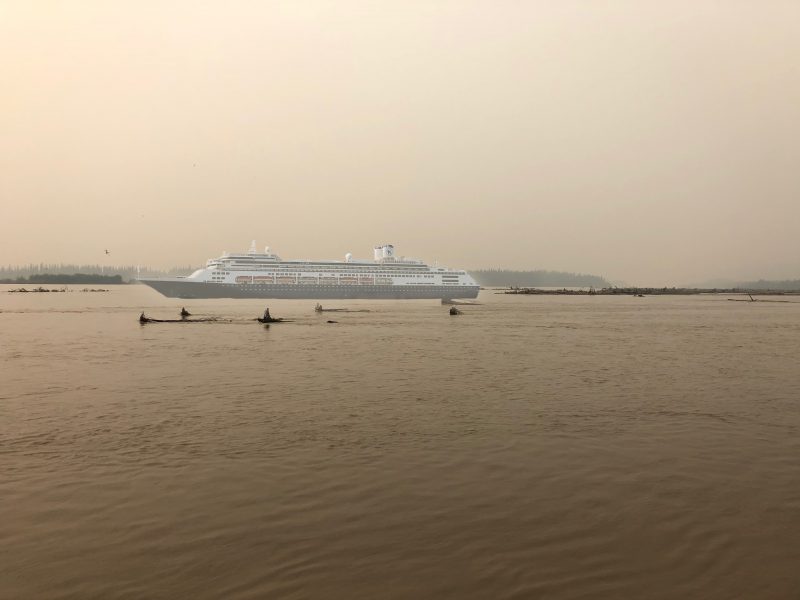