This weeks activity was a lot of fun. For part A I started with an image of a snowmachine trail that originally had a beagle in it and got rid of the beagle with the spot fixer. I added a picture of flowers that I cliped out for texture, and applied a pretty cool esclusion filter. Incorporating a portrait turned out to be the hardest part. When I brought down the opacity on the backgound layer the grid showed through. I also was unable to use the blending masks on it possibly because there were no layers behind it. The portrait I wanted to add was an old photograph so the image quality wasn’t great. I could not use any of the lightening filters on it becuase it dissapeard into the background, so after clipping and resizing it I pretty much left it as is. The antlers added more texture, but when I used a blending filter they were also dissapearing into the ugly snogo tracks. The most helpful tool that I ended up figuring out was the paitbrush! I painted white on the spots I wanted to stand out from thef background such as the woman’s face and the moose skull. I love the result:)

For part B I chose the antlers because I thought they’d make an interesting subject. I tried each different filter but wasn’t overly impressed. Then I tried custom and brough up the values by 2 and the middle value by 1. I like the result, the antlers have more deffinition and color. 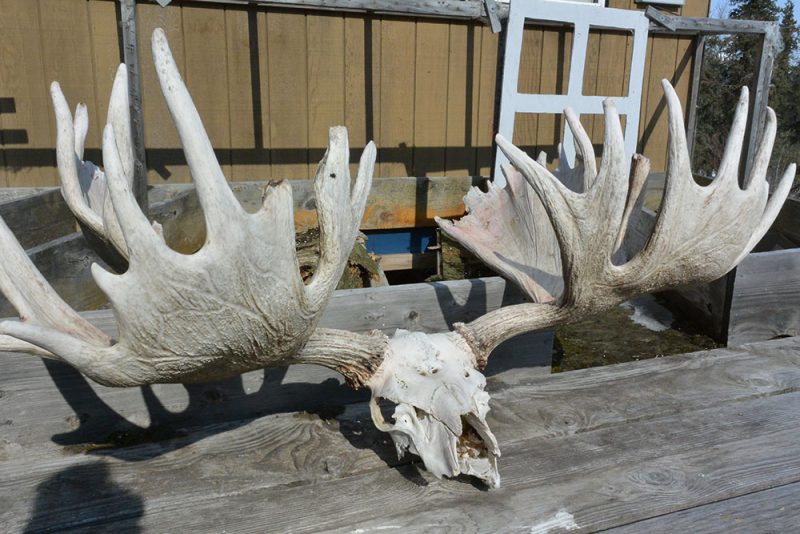 Kate Iten, 29, is a mother and small business owner from Northwest AK. She is currently pursuing her counseling degree from UAF. Kate and her sons Uriah and Jebediah live in Kotzebue.
View all posts by kiten →