My friend allowed me access to a recent group of pictures he took recently during his travels. I found the overpass particularly interested in the way the light was centered. When applying the blending modes, I cycled through multiple modes until I found one that didn’t have anyone particular image overpower the other. I found that Pin light allowed a more interesting interaction between the nebula backdrop and the laser backdrop without overpowering the top level image of the overpass. 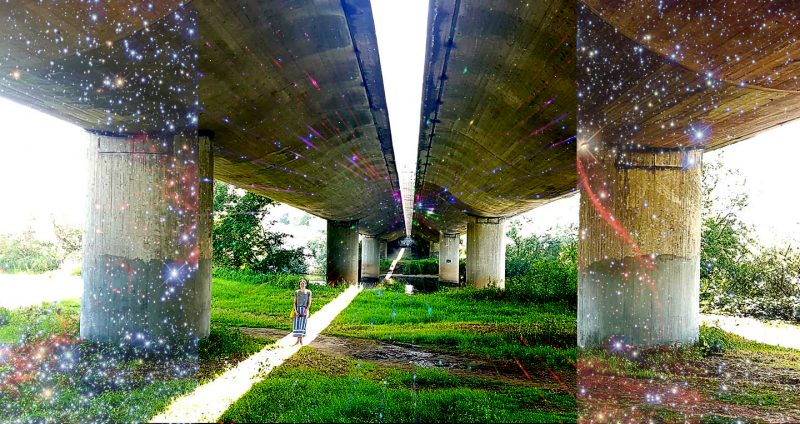 I found an image of a freeway system and intricate enough design that I felt it would make any filters applied compelling as well. After spending time fiddling with the bells and whistles of each of them I ended up settling on a High pass radius of 3.4 Pixels to give the image and almost “Film Negative” quality while keeping a little color of the city, car, and freeway lights to tickle the cones in my retina’s 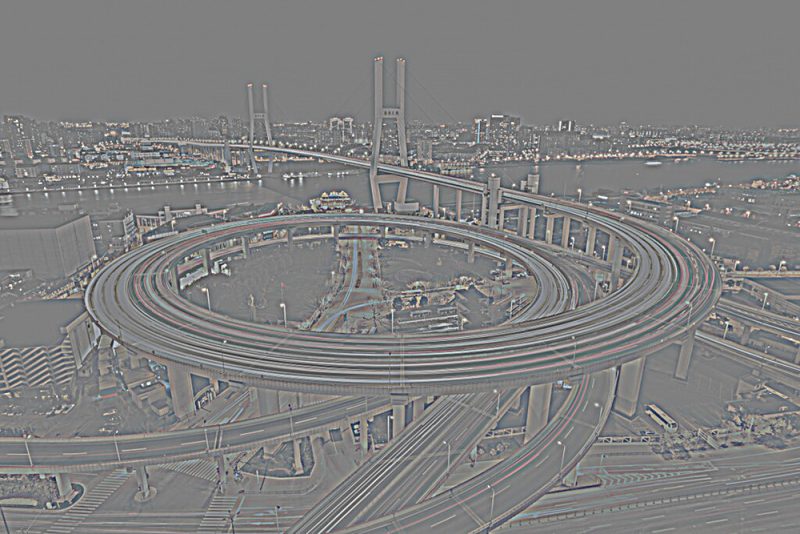