This assignment was a riot! I used four different images for this:A city street, a grumpy looking white cat, a field of poppies, and a clown fish. I played a lot with the layer order in order to get the effect I wanted and masked out certain areas because I was struggling with the way the interacted wit the other layers. For example, the cat layer was almost entirely white and I found that it either over-washed the other layers in white or completely disappeared with the cat. The layers and their blending modes are as follows: 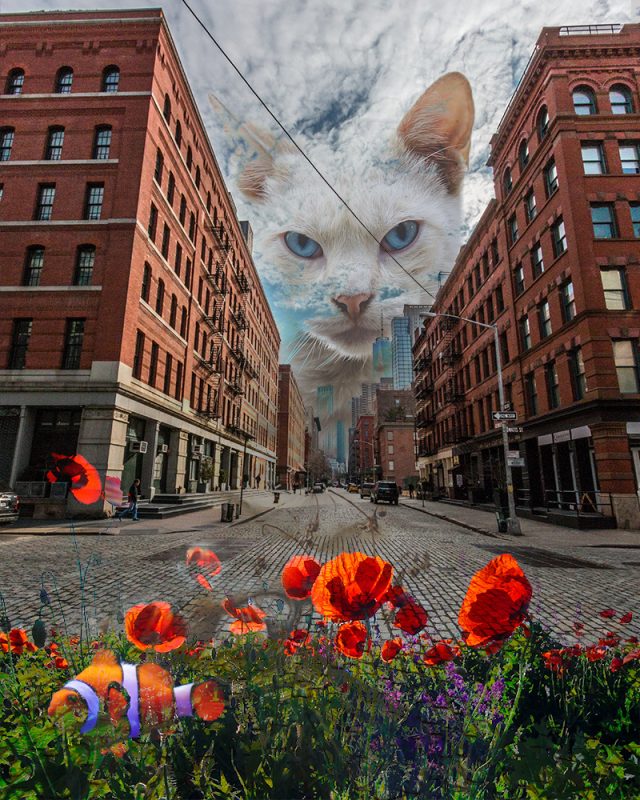 Part B: I started with this image of a gold circle on paving stones with a bunch of peoples’ feet. 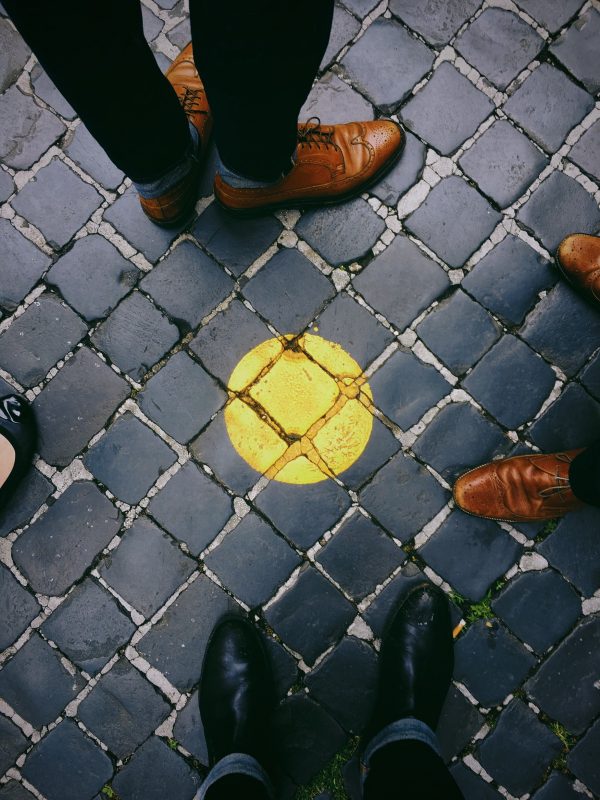 First, I applied the Maximum filter: 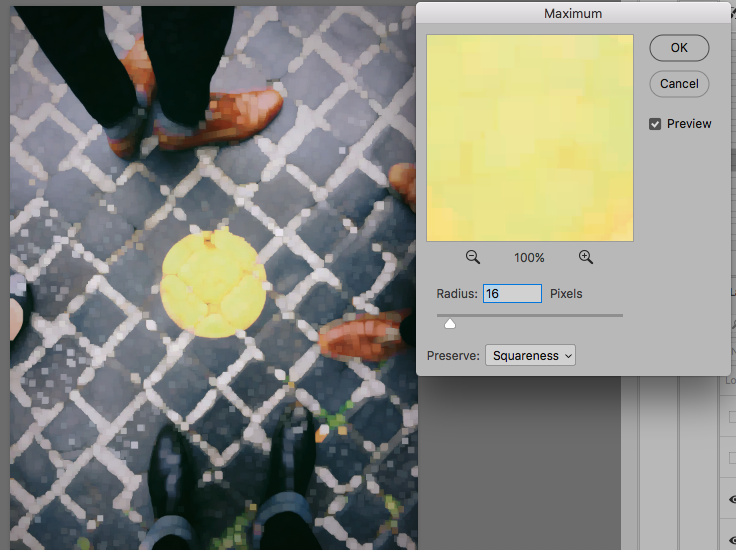 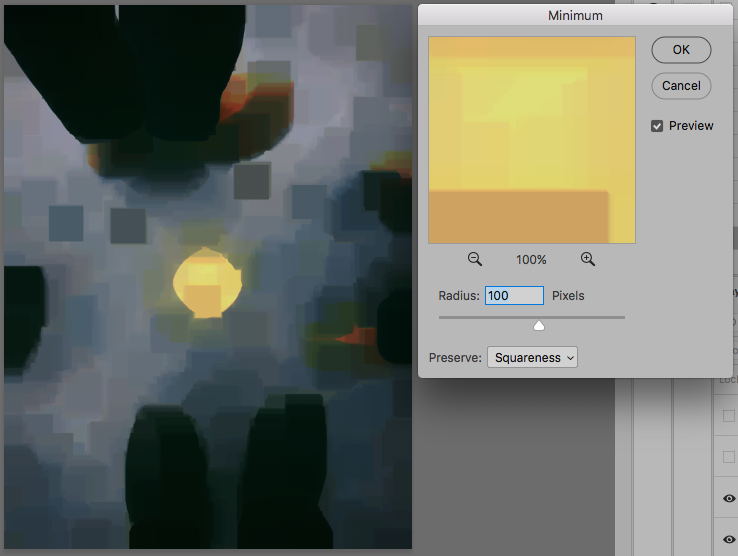 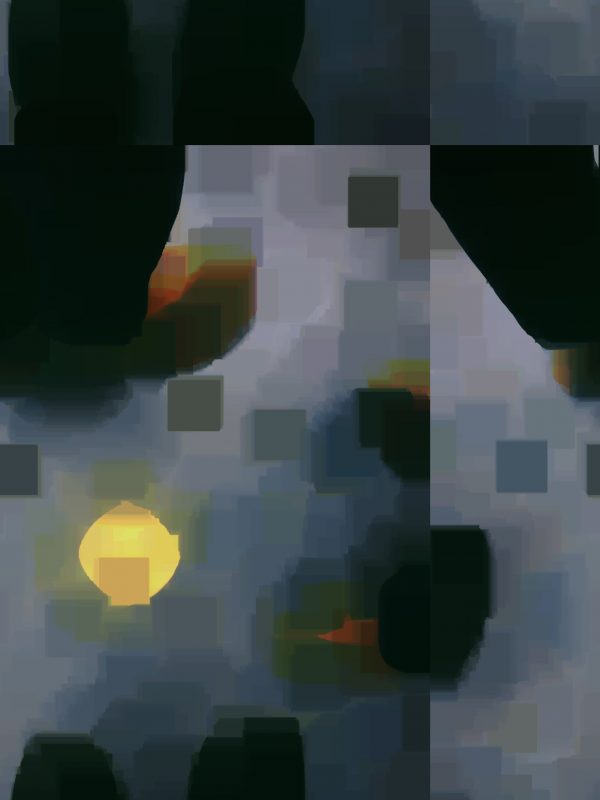 While outside of the bounds of the assignment, I tried out applying an oil paint filter for fun: 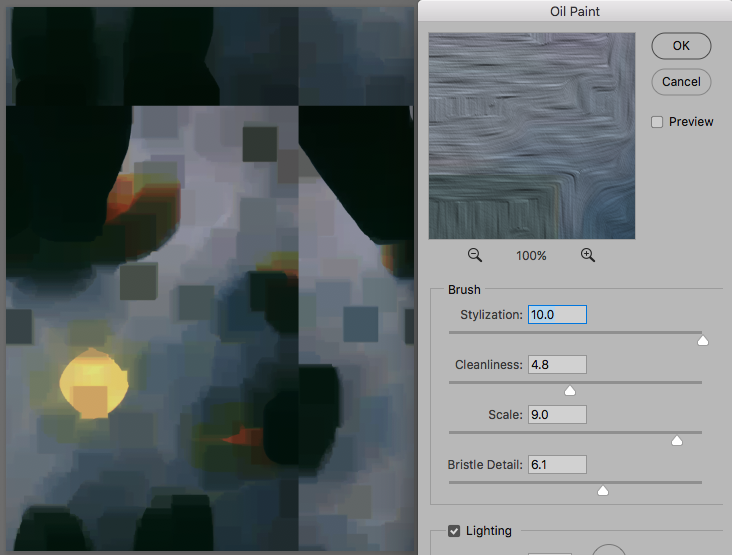 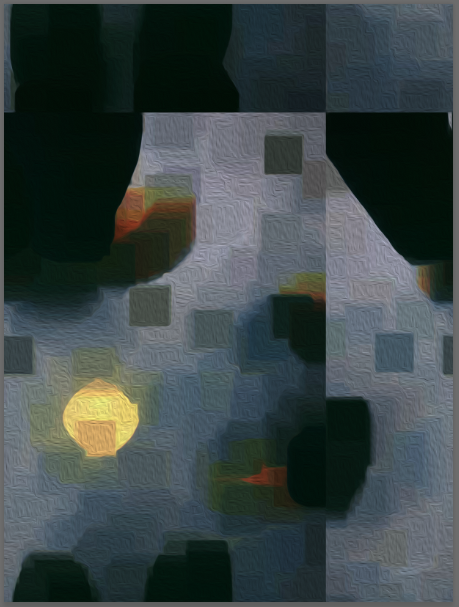