It took me some time to decide on what type of transparent object to base the project on. I had several glass structures to use. I the interest of reasonable scale and functionality I settled on a pint glass I had in my cupboards. I placed it on a cork stand and placed a pamphlet with some images and writing behind it. Once I had the layout. I roughed the outlines of the base, glass, and pamphlet. I then roughed out the details of the pamphlet to simulate the writing and pictures on it. I ensured contiguous parts of the pamphlet such as writing and images were visible directly and through the glass to challenge myself to be able to show the distortions a curved glass structure creates when perceiving an image or writing through it.

I found the use of the stylus difficult for the normal construction of the project I did, however, find it useful for several parts that involved representing distorted text and images as it was possible to fade text representations as they transitioned towards the curve of the glass using the pressure sensor in the stylus. I employed several techniques I learned in previous projects from this class to employ a realistic “sheen” to the glass. I applied hi-lights and low-lights and modified the opacity until I felt the text and images visibility through them approximated what I saw when I did my layout of the objects. While this project came with its frustrations. I did enjoy employing some features of the stylus and utilizing tools and techniques I learned in previous lessons. 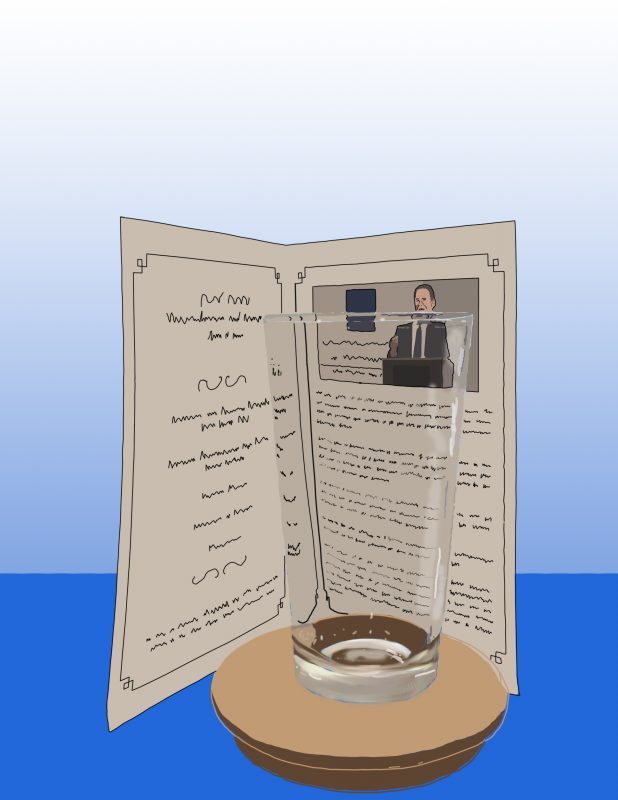