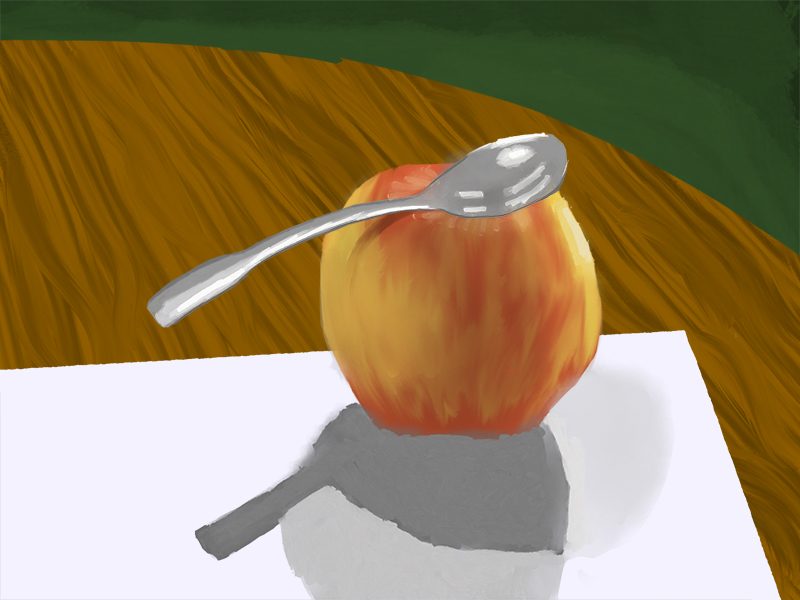 This assignment was definitely more difficult for me than painting from a reference photo.  Trying to sit still while I worked was a big issue.  I also decided that it would be okay to work in space that has natural light which was not a good decision.  Because of this, I attempted to get as much information as I needed down pretty quickly and then throughout the week I tweaked things in ways that I thought made sense.

I’m really happy with the way the apple’s surface coloration and texture turned out.  I’m frustrated with the lack of depth of the table.  Working from this angle is not a decision I would’ve made were I using an easel or something.  Although I had issues with many aspects of digitally painting from observation, I did enjoy not feeling held back by trying to exactly replicate a reference photo (which is obviously an unrealistic goal).