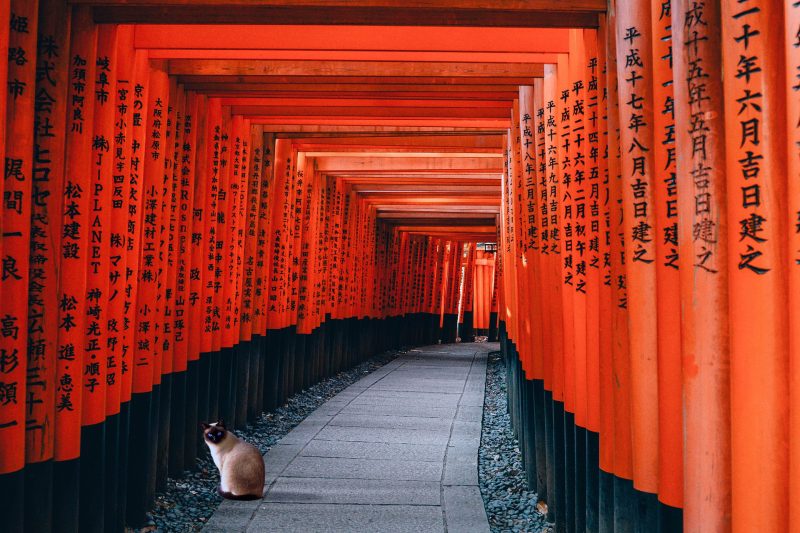 So for this image, I just followed the tutorials on how to best select the cat and I remember that took a little bit of doing.  It’s not perfect, but considering how small the cat is, I don’t think anyone would really notice the imperfections.  Then I used a curves adjustment layer for the cat and tried to get it to match the background image.  It was obvious to me that I should place the cat in that one area of extra light since the cat has a bright highlight on the left side.  Then I made a shadow and tried to put that how I thought it would be in reality.

I think it worked out pretty well.  Being the one who made this, it’s kind of hard for me to judge whether or not it looks realistic because I know its photoshopped.  I think the cat might be too big still but I didn’t want to make it so tiny that you couldn’t really see much of the detail. 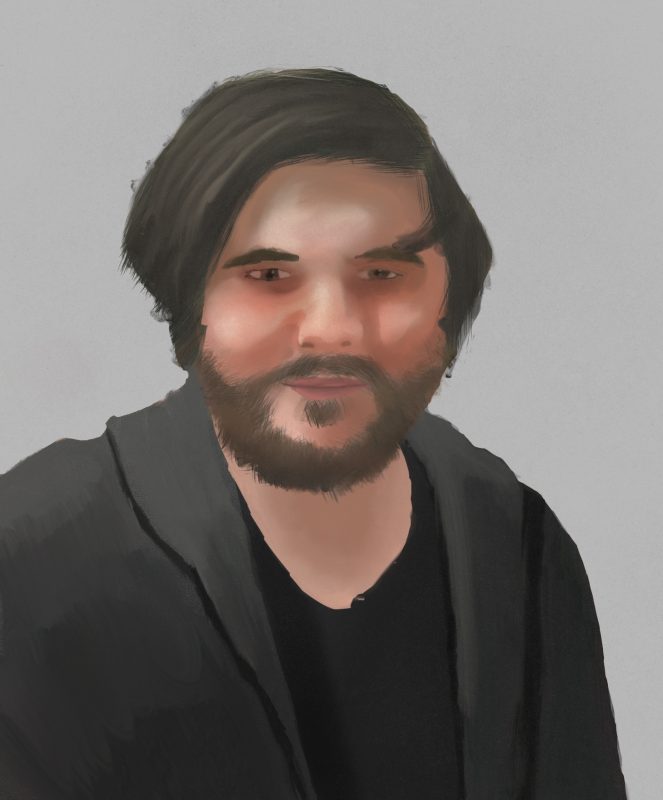 This part took way longer and was very frustrating.  At first, I had a couple of ideas for how I was going to approach this painting.  I got the outlines done and then I was going to do what I usually do which is do flat color and then use blending modes to do lighting.  That was not working out and I decided I should probably lean into learning the mixer brush and painting this as if it was a traditional painting.

I then tried to paint this using mostly a soft round brush and I got frustrated because it didn’t look realistic and it just lacked texture and looked weird.  After a couple of days of fiddling with this and not feeling satisfied, I finally had a breakthrough and decided to just go in and use a handful of the paintbrushes and mixing brushes (some of which use the smudge tool) to just try to make this look like a traditional painting.  I think it worked out and I’m much happier with the more stylized look of it.  Obviously, I could take this a lot further but I chose to stop here.

I did still use layers and masks to allow myself to work a little sloppier.  I also utilized a hue adjustment layer mask to help put some of the red colors into the face.  I didn’t choose to use a curves or levels adjustment for this piece but I tried it out and I see where it could be useful for this.  It’s very interesting to see how what we’re learning in this course is building on itself in ways that I didn’t expect.