I chose to insert the strongly lit fox into this already strongly lit architecture setting so I could play around with creating a strong shadow. I tried to layer in some different variations of blue over top of the primary shadow created, to echo some of the blues seen in the mid-ground of the image. Is there a way to change the color of the shadow when you originally create that exposure layer? I want to watch a few more videos on creating shadows of different color variation.

I feel the most challenging part of this exercise is to match the noise and blur of the inserted fox into the architecture image. I still feel like the fox is a bit too sharp, but I had a hard time with the balance between blur and sharpness, and creating a happy medium that looks realistic. 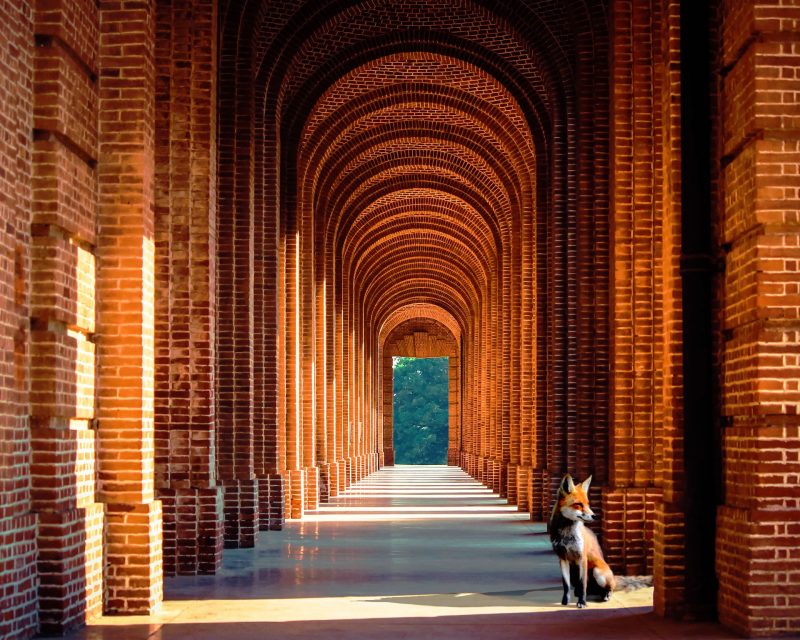