Here’s the original photo of the horses for assignment 1: 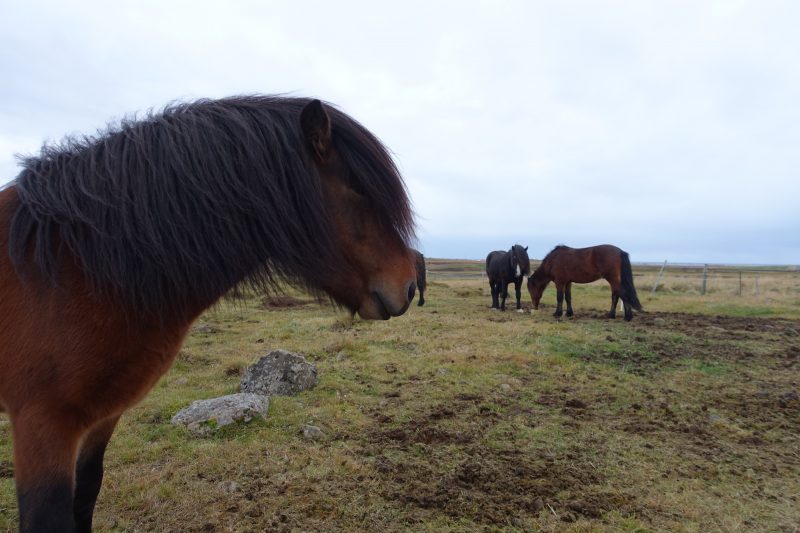 I used the levels to try to get as much detail out of the photo as possible. I used the eyedroppers to select my whites (the black horse’s nose), greys (the rocks) and blacks (the black horse), then I decreased the darks in my output levels so that I could lighten some of the shadows (like around the horse in the foreground’s eye). 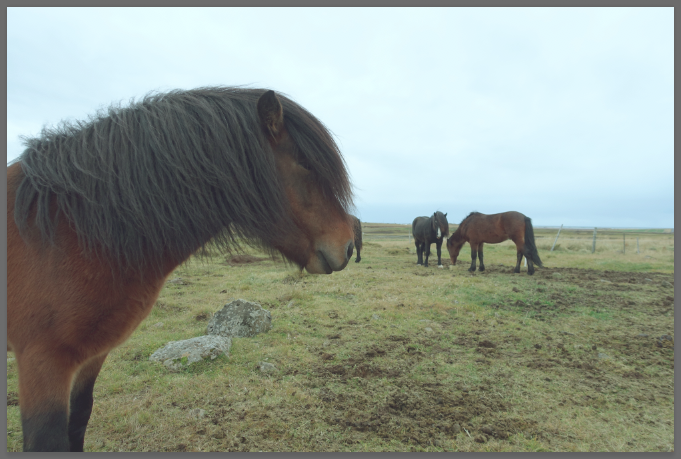 Now that I could see everything, I didn’t love how unsaturated the photo was, so I increased the saturation – the clouds are more defined and parts of the grass are really green! 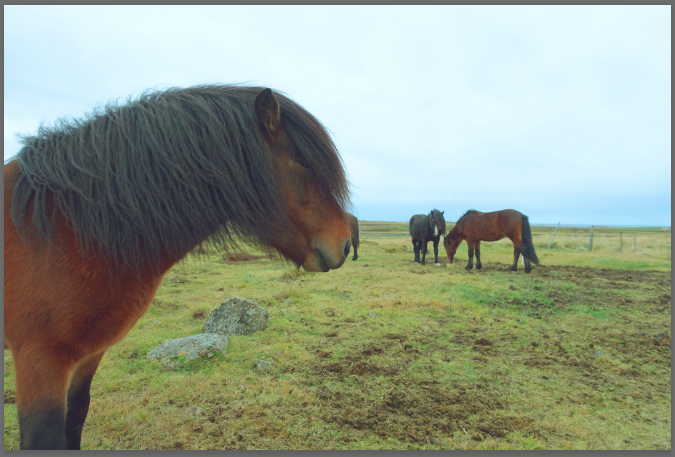 Then increased the brightness and the contrast to pull even more definition out of the clouds. 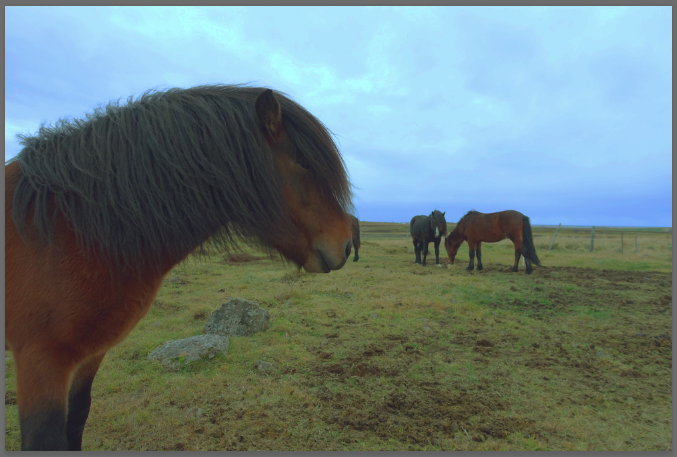 Finally, I increased the vibrancy so that the colors would really pop. The colors are stronger than they would be in real life, but I like the mood it evokes. 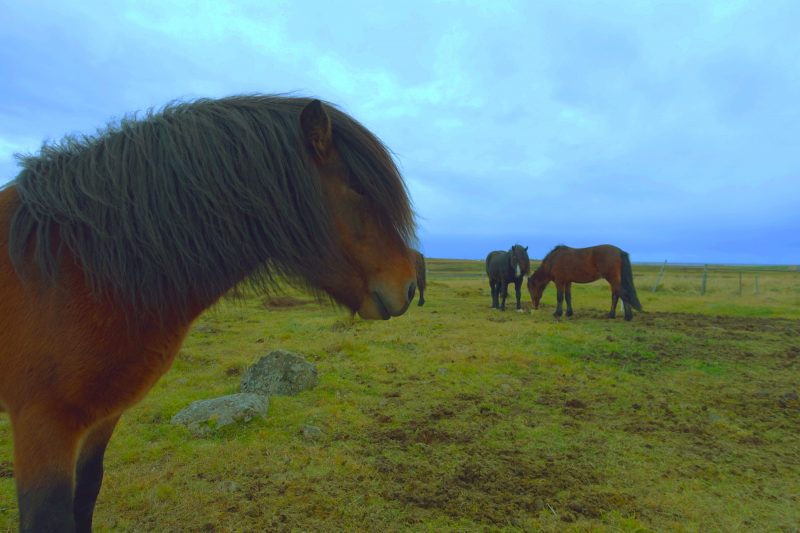 Here’s the original photo of the flowers for assignment 2: 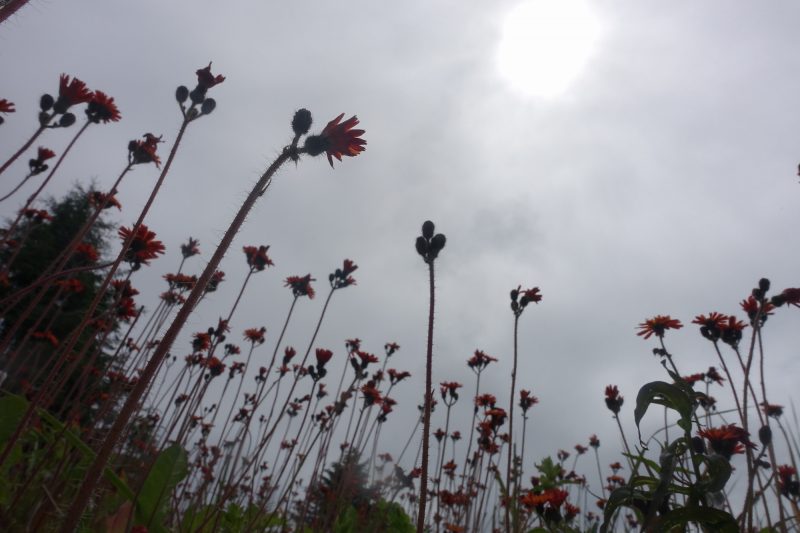 I didn’t find the eyedroppers as useful with the curves tool, so I manually adjusted it until I felt like I was able to get the darkest and lightest tones more detailed and visible (The greens are green! And the reds are red-ish!). 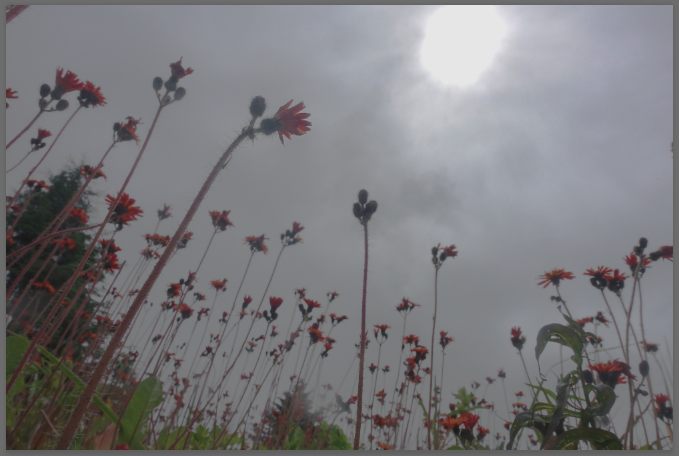 Next I increased the contrast: 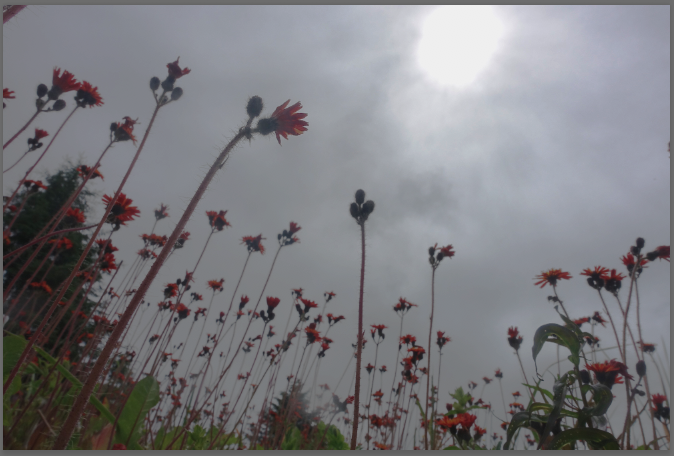 Then the vibrancy – the reds are getting redder! 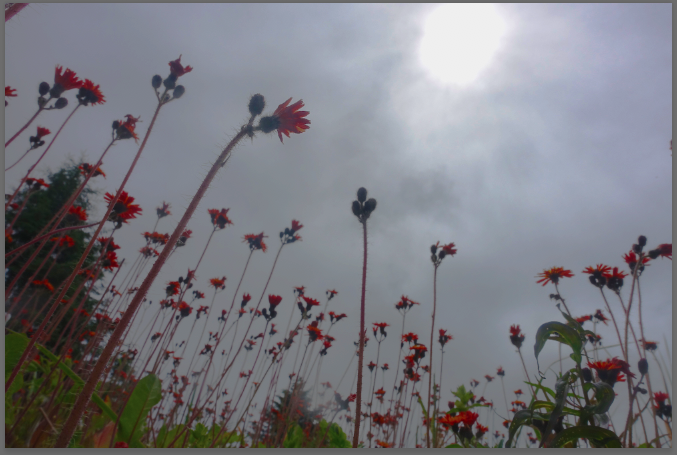 Things were pretty greyed out still, so I increased the exposure. This had the unintended consequence of flipping the sky a little, so instead of clouds with light shining through, it looks more like a sky with one puffy cloud in it. I liked it, so I kept working with the image. 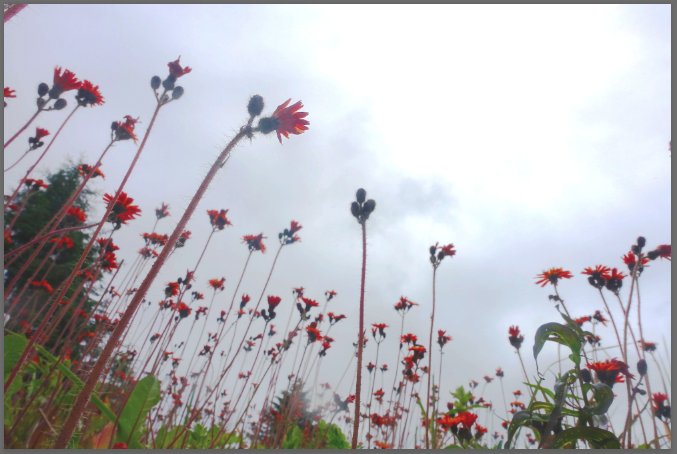 Finally, I added an additional curves layer. On this one, I just tweaked the blue levels to try to get a brighter tonal quality in the sky.   Here’s the final image. 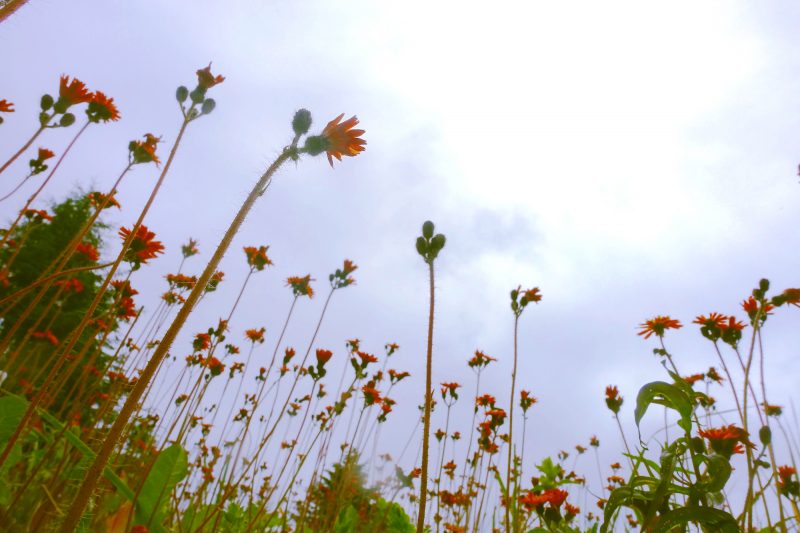 Here’s a slightly different version of the image where I increased the saturation and added a slight blue hue to the image. I really love the contrast between the purple tones in the sky and the orange greens in the plant life. 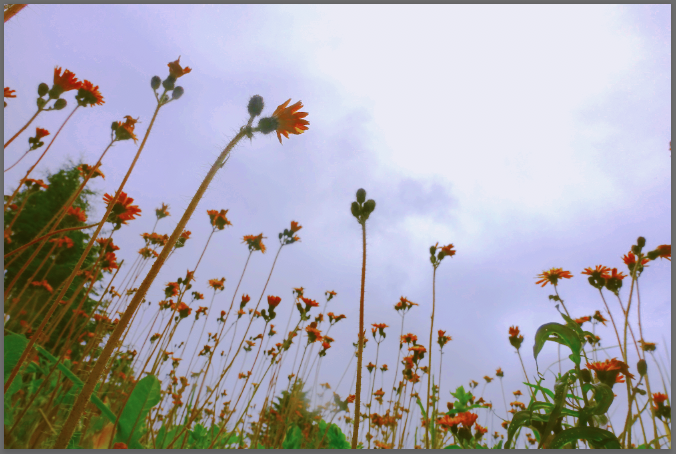